I'm a PLUMBER! Its official!
(OK, not really, but i did manage to do a FABULOUS job switching out my old nasty faucet for a new sleek one.)

Here's the old one, that has been there for who knows how long and has who knows who's crud and yuck attached to it! (we rent and when you think about that...Yuck! Who's dirt and grime are living in your house..... eeewwww....YUCK!!!!) 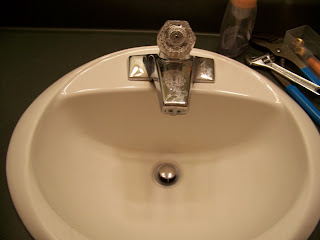 (please notice the handy plumbing tools to the right :) 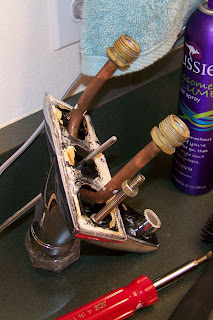 The Detached faucet
those dang pipes were a bugger to get the tools around. i would tell you the actual name of the tool that i used but i have absolutely NO idea what they are really called (pliers of some sort I'm guessing maybe a wrench)

and here's the NASTINESS
other peoples crud and yuck....yeah go ahead gag a few times for me....i sure did! 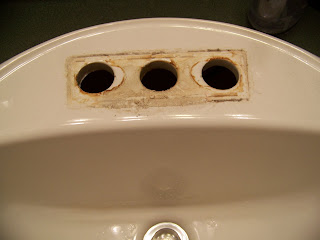 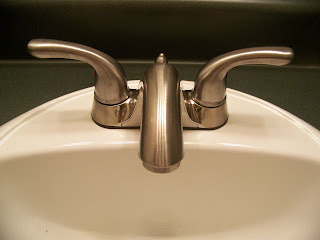 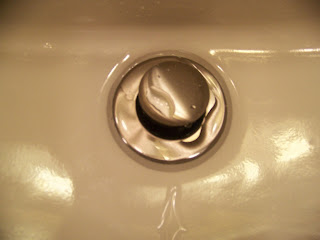 This Beautiful new Faucet came with a new drain too! BARGAIN!
(I will not go into the NASTINESS that was in the drain pipes under the sink. Yes, i was GAGING again....YUCK!)
After more sanitizing, I got to turn the water back on and
WAH-LAH 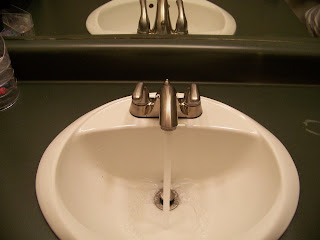 IT WORKS!
So, I'm not Officially a plumber...but who knows, maybe i have a future in it!!
Posted by Bernie and Doll at 7:26 PM

That faucet is so nice! It looks so much sleeker than the other, and yes, way cleaner. Good work my plumber sister, were you sportin the crack while you were doing it?

That is so impressive! good job and the faucet looks really nice! :)

Go Holly! I heart your new faucet. Does it just make you happy every time you see it?:)

I love to feel handy!

Bernie and Doll
Welcome to my world of Family, Photography, and Great ideas!

how did my amazing sister come up with a name for my blog ..... well....my sisters call me "holly doll" and when brynley was born, her cousin caden absolutely loved her but for the life of him could not say her name. he would bring her stuff, and call for her but it always came out "see bernie" or "bernie, where are you?" ....poor girl ...it stuck! Hence the title of this blog..."Bernie & Doll" i didn't put cory's name in the title of my blog but he is still very much a part of our happy family :)

Meet the LOVE of my Life...